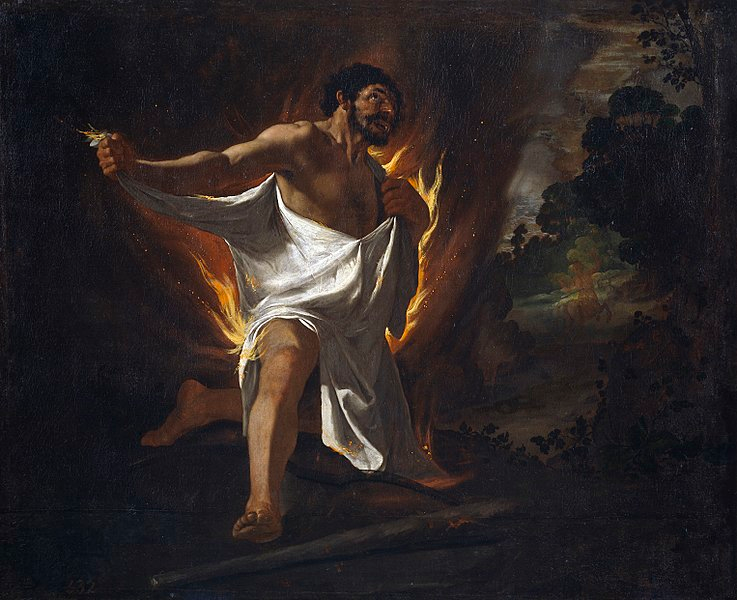 On this occasion, I will relate one of those stories from Greek mythology, which shows us the consequences we face when we let our passions run us, in this case, fear and jealousy.

It all starts with a journey

Among the adventures that Hercules had, he had to descend into Hades, chain a little three-headed puppy named Cerberus, and lead him back.

In this adventure, Hercules met the shadow of a man named Meleager. This man made him promise that he would marry his sister, Deyanira.

More competition than on Tinder

When he returned from the underworld, Hercules tried to keep his promise. It wasn’t easy: He had to fight the river god Achelous, who had asked to marry the lady too.

After overcoming difficulties, Hercules and Deyanira got married. They had a son named Hilo. Thus they lived happily, but not everafter.

One day the couple was walking through the countryside. Hercules left Deyanira for a while and, at that moment, the centaur Neso, tried to kidnap Deyanira (I don’t need to explain what for).

Hercules arrived just in time to rescue her. He fired one of his arrows and mortally wounded the centaur.

But before he died, the centaur told Deyanira to keep his blood, because if she ever doubted her husband’s love, the blood could make him love her again.

Deyanira believed him (and this makes me think that she was not so at odds with the abduction in the first place) and kept the blood. Neso died with a smile.

Time passed, and one day, Hercules brought a lover, named Yole, to his home. He seemed very head over heels with her.

Deyanira was quite unhappy with the situation. She had been Hercules’s great love and now it seemed that he was replacing her with that bitch.

But then, Deyanira remembered that she had the blood of the centaur. She impregnated with the blood a robe, which Hercules would wear in a ceremony in his honor, and waited.

But Deyanira was far from assuming that it had all been a trap of the centaur to take revenge after his death.

As soon as he put on the robe, an unbearable itch spread throughout Hercules’ body. Naturally, he tried to scratch. But the robe clung to his body. Soon, he was unable to breathe. At this point, the poison was already beginning to penetrate his skin.

Looking for an honorable death, Hercules climbed Mount Eta, in Trachis. There, he built a pyre and ordered his servants to light it.

At first, none of the servants dared to light the pyre. But seeing how his master suffered, finally one of them, named Philoctetes, light it. In gratitude, Hercules gave him his bow and arrow.

Time for a promotion

Hercules climbed onto the pyre and let the fire consume his body to ashes. After a lifetime of conquering glory, adventure after adventure, the national hero died the dumbest death possible.

Despite it all, Hercules had his happy ending: After his body turned to ashes, his father, Zeus, took his soul and made it ascend to Olympus. There, Hercules became a god and Hera could no longer do anything against him.