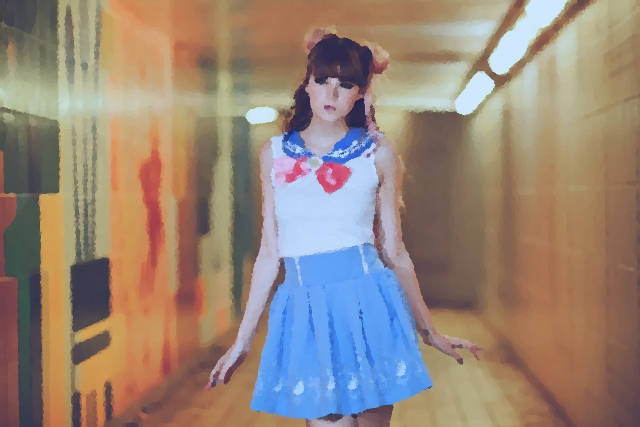 Photo by Alex Sheldon on Unsplash

I have heard heterosexual men say that they watched the series because the female villains were “well drawn” or in order to see if at some point, one of the protagonists would have her skirt lifted or simply because they had already seen all the other anime series on magic channel.

Here I propose to present less onanistic reasons: I will try to highlight those aspects that, in my humble opinion, give strength to the narrative.

First of all, spoiler alert: This post is aimed mainly at people who have not seen the series and, due to prejudice or other reasons, are reluctant to do so. For this, I am going to reveal certain details of the plot. So if you don’t want any spoilers, you should stop reading now.

It is true: the series begins as a typical shoujo. But in only a few chapters, the plot begins to change.

A war that is repeated

The protagonists are warriors, each with a guardian planet, which they represent and which gives them power. And so it has been for a long time. In fact, there was, in a remote past, a kingdom on the moon. There, a queen, with the help of the warriors, protected earth. And what happened? A foreing enemy attacked them. Only the queen survived and, with her last breath, she made everyone else reincarnate in a more peaceful time. And so it would have continued. But that terrible enemy returned in the present, forcing the protagonists to reawaken their powers.

Special mention deserves the love between the princess of the moon and the guardian of the earth. It ended tragically that time, but they resumed it in the present, as if they were destined to be together. Of course, like many romances, they begin by hating each other, thus creating some comedy.

Season two introduces us to a time traveler who comes from a future, where an enemy has wreaked havoc, trying to escape. This is where my personal idol appears: Sailor Pluto, the eternal guardian of the gate of time. She can travel back in time and do some cool tricks with time. In particular, she can stop time, but at a rather high cost. Once the heroes manage to convince her to let them travel to the future, they discover that there, Sailor Moon and her partner, Tuxedo Mask, had created a new kingdom on earth. There, people lived eternally happily. Not bad, right? Well, at least until the new villains appeared.

In the third season, the series addresses a recurring theme in anime, taken directly from Japanese mythology. Three talismans: a sword, a jewel and a mirror.

A special mention deserves the method for obtaining these talismans: The villains only know that they are sealed within the hearts of human beings. They don’t know who these people are. They only know these people have a pure heart. So the villains look for people like that and extract their hearts. The series shows it in a very softened way (the heart is shaped like a crystal). But the truth is that the whole procedure puts the victim’s life at risk.

But things get more complicated: Because not only villains look for these talismans. Two new characters, who want to see if the drawn hearts have a talisman or not, follow them closely. These characters are not bad, but they are willing to sacrifice those people in order to save the world. This causes a lot of friction with Sailor Moon and her fellow sailor scouts. They prioritize preserving the life of the victim. With this, the series raises the eternal conflict between two irreconcilable philosophical positions: The consequentialists (the end justifies the means) and the non-consequentialists (the people are an end in themselves). I am making a very rough summary, but that’s the idea.

The three talismans are inspired by three legendary treasures. Acording to the leyend, the gods left them to the Japanese people. These treasures are: A sword, that symbolizes strength, a jewel, that symbolizes wealth and a mirror, that symbolizes knowledge. These are the three different forms of power that manifest in the world.

The series also unites this mythology with the Judeo-Christian one: When these talismans are put together, a fourth artifact appears: The lunar cup (something similar to the holy grail). According to a prophecy, only two beings could use that cup: the messiah of good and the messiah of evil. And who were these creatures? To some extent it is a mystery. But the series speculates that the messiah of good could be Sailor Moon herself. And the messiah of evil could be another sailor scout: Sailor Saturn, also known as the sailor of destruction, who should never wake up. Because she could destroy an entire planet, just by thinking about it.

Near the end of the season, Sailor Saturn awakens, and attempts to defeat the enemy, by using her power of destruction. But Sailor Moon stops her, since using that power would cost her her life. Instead, Sailor Moon faces the main villain herself.

The series addresses the theme of alien invasions from the very beginning. But in the last season, they take it to the next level: Here they show us sailor scouts from other planets, who arrive on earth. Some to do good and others to do evil. Again, we face the idea of ​​a millennial war between sailor scouts. It happened long ago (even before the destruction of the lunar kingdom) and it is destined to be repeated. They tell us about a legendary sailor, who managed to lock up the chaos of the universe in her body. But over time, that chaos corrupted her, and manipulated her into believing that only she could protect the universe. What did she do then? She decided to take away the powers from the other sailors.

I will not give details of how she did it, but the important thing is that they did not survive.

Could it then be considered a space opera? Well, I’ll just say that I was inspired by this last season (and a little bit from the third) to create a table top role game, based on the Starfinder system. If you don’t know it, it’s a mixture between dungeons and dragons and star wars. I have not directed it completely yet but, so far, I’m doing well.