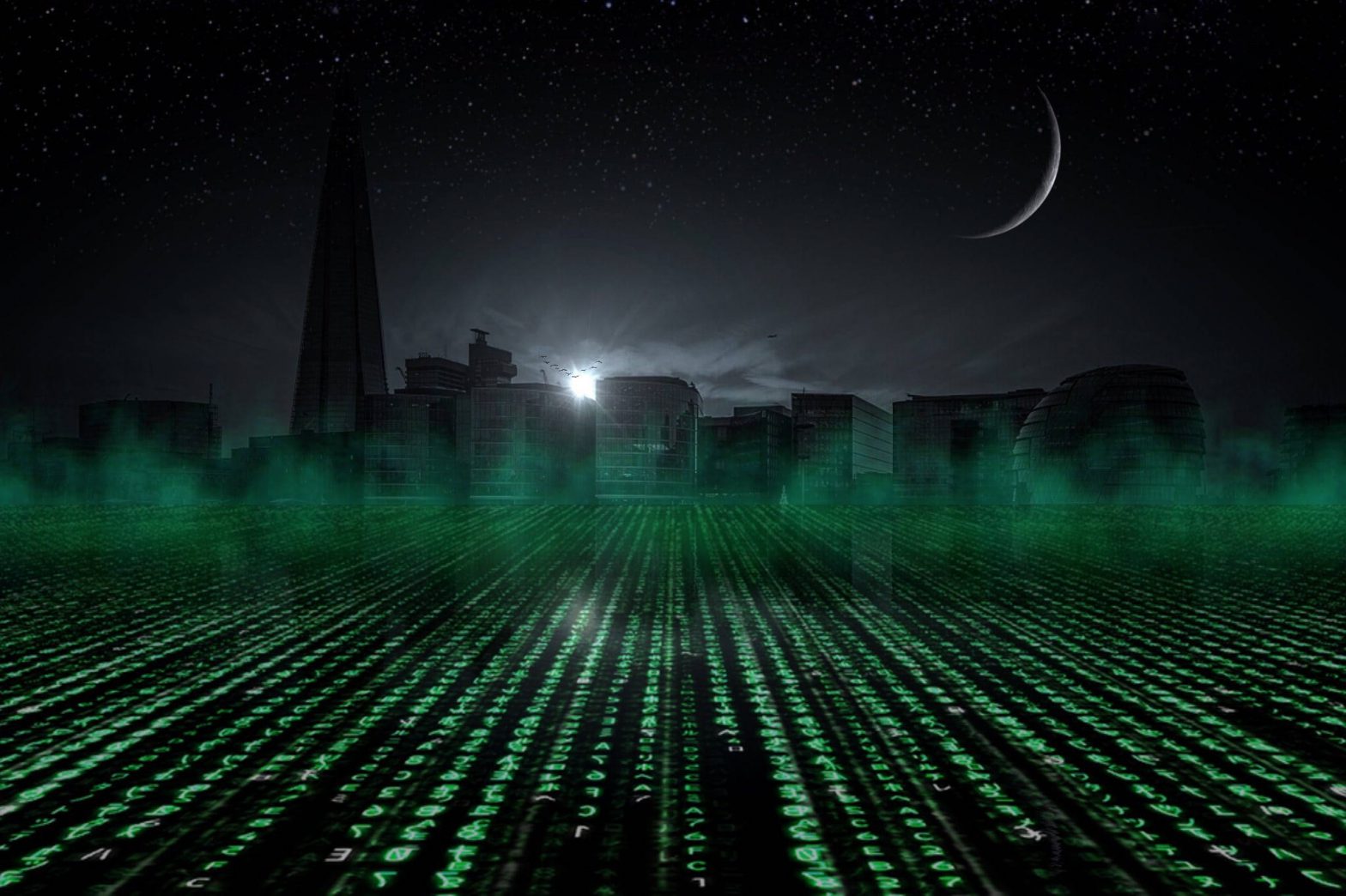 Matrix popularized the idea but, if we look at history, we find several antecedents:

The Myth of the Cave:

Plato invented a story about some prisoners in a cave. They did not know the outside world. They could only see shadows that the guards casted on a wall in front of them, under the light of the torches. The shadows represented objects of everyday life: plants, animals, people, etc. The prisoners came to think that reality was those shadows. Until one of them escaped. He went out into the outside world and saw reality for what it was.

This fugitive returned to the cavern and tried to explain to the other prisioners that those shadows were not real. But they thought he was crazy.

With this story Plato tried to expose the idea that there are two realities: We can see one reality with our eyes. But there is another one that we can see with our minds (through logical processes such as scientific thought or, more suitable for that age, philosophy). Plato also thought that it was the philosopher’s job to convey the reality of the mind to others who could not see it. Just the same as the fugitive did when he returned to the cave.

Buddhism in the East

They say that Buddha discovered, after much meditation, that the temptations and pleasures of life (such as ignorance, greed, hatred) distract the mind so that it cannot find true salvation and ends up reincarnating over and over again.

What does philosophy think?

Later, Descartes uttered his famous phrase “Cogito, ergo sum”. The phrase was many times misinterpreted. What he meant is that one can only be certain of his own mind. We perceive everything else through our senses. But what if there was some way to trick your senses? Everything you know as reality would be a simulation, including other people. In other words, at this moment you would be reading a text which does not exist. A text written by a person who does not exist. No, I didn’t take anything strange. This is a philosophical idea known as solipsism.

But… What if I told you that they adapted this idea to tell horror stories? Let’s go there:

It all started with an RPG tabletop game, made in Sweden. Directly inspired by the work of Clive Barker, the game allowed us to create gruesome horror games. It often addresses taboo topics, such as sex, gore and those vitamins that we should not take.

What always seemed curious to me was that while in USA and part of Western Europe, there was a stir about dungeons and dragons (they said that it was satanic, that it turned children into psychopaths and a long etcetera) this game addressed really delicate subjects and yet, went under the radar. There was a debate in his country of origin, but it remained on the philosophical and political level. But let’s leave History a bit and see what the game is about or, rather than that, the setting:

First of all, Spoiler alert: If you are interested in playing and you do not want any spoilers, you should stop reading now.

In the setting of the game, there was a time when humans were gods. They lived in a world known as Metropolis: An infinite city, a city that extends in all directions. Humans made it up of buildings from all eras, including the future (because in Metropolis, concepts like time and space don’t make any sense). Humans used to live happily there.

But one day, a creature, who nobody knows if it was human or something else, which they just called “The Demiurge”, decided that humans had to be imprisoned. Not only that: He also decided that they had to forget their divine powers.

By that moment, the Demiurge had made some allies known as the Archons: deformed angels inspired by the sephirot of the Kabbalah. The Demiurge asked one of them in particular, Malkut, to create a world of illusions with pieces of his body. (Don´t look at me. I don´t know what that means).

That world of illusions turned out to be earth or, as they call it in the game’s cosmology, the Elysium. There they locked up all the humans. To the Elysium they annexed hell, which seems to have already existed from before. They also created the concept of death, as part of the illusion. That is, when a human dies, the only thing that happens, is that his essence passes to the plane of hell (heaven is locked), but the trauma makes him or her believe that he or she has really died. Once in hell, all sort of creatures torture them for entire eternities. This process lasts until they lose all their memories and, once they forget who they are, only then, they are allowed to reincarnate. Then the whole process begins all over again.

Apart from all this, the Demiurge created religion and made men believe that he was the only god. Everything was going well for this “charming” character until, in the 20th century, he suddenly disappeared. Nobody knows where he is. Nobody knows if he is alive or dead. The truth is that his absence created a power struggle between the archons: Some want to elect a new Demiurge, others want to save his throne until he returns and others want to set the humans free and forget about it. One of them is precisely Malkut, who over time, began to empathize with humans and regretted having helped to create the Elysium. I personally empathize with this character a lot.

Now, archons can use human avatars to communicate (and of course, killing the avatar does not affect the archon at all). But… What do the archons really look like? This is the part that seems most interesting to me and, for that reason, I really have to mention it: Each one of them built a palace in Metropolis. These palaces are buildings much larger than the others. They dominate the landscape for miles. At the top or inside the palace, the true body of the archon, fuses with it. I imagine them as giant Lovecraftian monsters, watching over the city from the top of their palaces.

And where does this come from?

Aside from the references I have already cited, Kult is inspired by the beliefs of the Gnostic Christians. They believed that man was a fallen god and they didn’t see the creator (the demiurge) as a loving father (as Christianity as we know it today does). They saw him as an envious being, who had locked men in an imperfect world so they would suffer. But men remembered their divine past and sought to recover it, through the knowledge of their own identity (gnosis). They did not see Jesus as the son of God, but as a teacher, as a human being who had recovered his divinity, as an example to be imitated.

Here is a video that explains it in more detail:

But how do I play it?

Don’t worry, it’s not as complicated as it seems. This is just the metaplot. From there, directors can create their own stories, and they don’t even need to touch the metaplot. The important thing about this is that, just like in Matrix, there are moments when the illusion fails. Only that here, it completely breaks. That’s when the characters can experience things they didn’t even know that existed: They can see parts of Metropolis, parts of Hell, or any other nightmarish world that comes out of the GM’s imagination. And speaking of nightmares, have I mentioned that the dream world is completely real in this setting? In short, if the director knows how to take advantage of it, this setting has a lot to offer.

An adaptation of Dark Horse comics

The Kult series introduces this setting anew with parole officer Tomas Zenk, one of the few who can pierce the illusion. As he overcomes monsters sent to kill him, Zenk discovers the true extent of his powers, including the ability to exert control over the machinery of humanity’s enslavement. But will he aid the forces attempting to bring down the illusion . . . or succumb to the temptations of power?

I once heard that they were making a movie, loosely based on the game. But then, I didn’t know anything else. Perhaps the project did not prosper. Either way, if a movie was made based on this, people would see it as a copy of the matrix. It’s a shame!