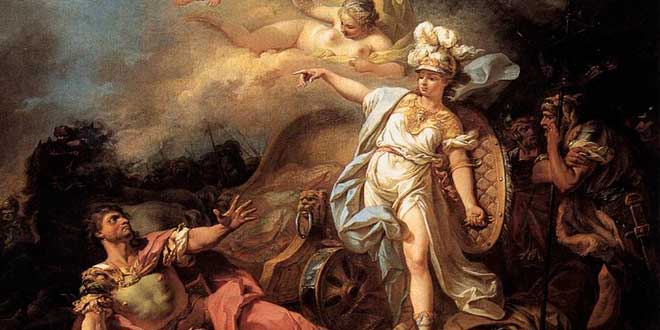 Since many people visited this post, I have decided to add some extra content to it. This time I will talk about an event in Greek mythology that, in my opinion, depending on the explicitness of the narrative, can be quite terrifying.

First, a bit of context

Let’s talk about Metis: She was the goddess of prudence. She was the daughter of Ocean and Thetis. I mean, a titan. But like the other female Titans, she stayed out of the war between Titans and Olympians. In fact, it was her who recommended to Zeus, to give a potion to Cronos, to make him vomit his other children.

Zeus can’t keep it in his pants

The point is that long after the war ended, Zeus being the undisputed king of the gods, for some reason… let’s say… he… got hot for Metis (by the way, she was his cousin).

So Zeus looked for her and tried to seduce her. It seems this made the lady quite angry, because she started to transform into animals to try to… dissuade him? I don’t quite understand how that would work, but that was her strategy.

A repertoire of transformations

First she became a wader (I don’t have many details about which one), then a wild boar (in my opinion, she should have stayed that way, although knowing Zeus, who knows).

Then she turned into a stone. That also seems like a good strategy, I mean, because of the “cold”. After that, she became the shadow of a cloud (not very interesting but it could have worked).

But that didn’t work, so she became the water in a stream (not sure if it was a good idea). Then she became a slippery fish. This is another one that I would have liked to see how the guy managed.

Then she turned into a bird. I wonder why she didn’t take the opportunity to fly away. Then she became a pollinating insect (this is where I allow myself to doubt, I mean, hello, bees!).

Then she turned into an oyster. This is at least… interesting.

And so she continued to transform, but she had to return to her original form before choosing another one and, on one of those occasions, Zeus took the opportunity to catch her. I will not describe what happened next. Use your imagination.

Zeus fell asleep next to her, but he could not enjoy the nap much longer because, shortly after, Gaea woke him up angrily.

Gea told him that Metis would have a daughter with him. So far, so good. The problem is that, according to Gea, after the girl had been born, they would have another child, this time a boy. That male child would take the throne from Zeus, just as Zeus took the throne from Kronos and Kronos, in turn, from Uranus.

But Zeus was smarter than his ancestors. So he didn’t think twice and… ate… Metis. Yes, he swallowed the whole goddess without asking her permission.

Chronos had taken over Uranus’s throne, Zeus, in turn, had taken Chronos’s. But with that act of cruel cannibalism, Zeus had ensured that he became the most powerful god in all the cosmos. To consolidate his power, he distributed the rest of the kingdoms among his brothers. Poseidon got the sea. Hades got the realm of the dead.

Following the same strategy, he arranged marriages between gods and goddesses. Thus, Zeus put an end to the myth of succession and remained forever the undisputed ruler of all the gods.

Time passed and Zeus continued his reign as normal. From time to time, he used to hear a voice that guided him with wisdom…

But one day, when Zeus was at Lake Tritonis, in Libya, he began to feel an unusual weight on his head. The feeling of heaviness turned into pain, the pain into a heartbeat, the throbbing into blows, the blows into hellish hammering and in no time Zeus was begging to be killed.

But of course, he was the most powerful god, so there was no one who could kill him. Their screams echoed on the whole earth.

In a desperate attempt to alleviate his illness, Zeus plunged his head into the lake. Since this did not work, he hit his head against the rocks. This didn’t work either, so he jumped headfirst from the mountains. But the pain was getting stronger and stronger.

Hephaestus to the rescue

Coincidentally, Hephaestus was passing by, he saw Zeus in his terrible predicament, and without much thought, he took out his double-bladed axe, known as labrys and… basically… he practiced a… trepanation… on Zeus’s head. In other times it was a common practice. Today it sounds like something you would see in a horror movie.

Other versions identify Hermes or Prometheus as the god who gave him this “help.”

A goddess is born

So, from the open hole that Zeus had in his head, the goddess Athena came out, fully formed and adult. Metis had continued her pregnancy inside of Zeus.

It is said that, when leaving the head of Zeus, Athena released a battle cry that still echoes in some corners of the universe.