A messiah and many dwarves. 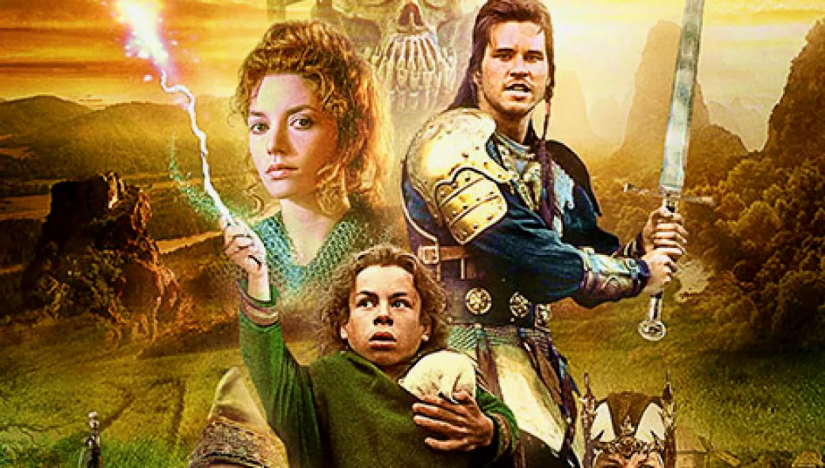 A messiah and many dwarves.

On this occasion, I will talk about another George Lucas’s production: Willow.

Once upon a time, in a kingdom ruled by a wicked evil witch queen, a prophecy promises that a little girl would be born, with a special birthmark, who will put an end to the queen’s regime.

Fearful that the prophecy would be fulfilled, the queen orders to examine all the newborn girls. Her intention is discovering the chosen one and practicing a ritual on her, which would banish her soul to the underworld.

But when the chosen one is born, her mother asks a servant to take her away. The maid hesitates at first, but eventually runs away with the baby. She can’t get very far before she is caught. But she does manage to put the baby on a river and send her downstream.

This is where our protagonist enters the picture: A dwarf named Willow.

This dwarf is a humble farmer, family man. He works hard in the fields and at the same time, he has to deal with a rich man who wants to take away his land if he does not pay his debts.

Willow is also fond of sleight of hand tricks and dreams of becoming a magician. The village magician organizes a test every year during a festival, to decide whether to take a disciple. Willow looks forward to being able to take the test and pass it.

But when his children find the baby by the riverbank, Willow’s life changes forever. First, he will try to take her to the nearest human population, to find someone to take care of her. But he will soon discover that it is not so easy, so he will take responsibility for keeping her safe.

In order to do this, he must face all kinds of dangers (including his greatest fear: trolls). But he will not be alone: A rogue warrior, masterfully played by Val Kilmer, who improvised much of his dialogue. Also, some goblins (played by two actors dressed as Indians and dwarfed with chroma key), a good sorceress and, surprisingly, the queen’s daughter who, for reasons that I will not reveal here, decides to betray her, all of them will assist our hero.

Will Willow be able protect the world savior or will the witch queen’s reign of terror prevail? You will have to watch it to find out.

Nintendo and Capcom created an RPG video game based on the movie. Capcom also created a platform game for arcades.

George Lucas devised a trilogy of books that would follow the film. The stories take place fifteen years after the film, with the baby messiah (now a teenager) as the protagonist. The books are Shadow Moon, Shadow Dawn and Shadow Star.